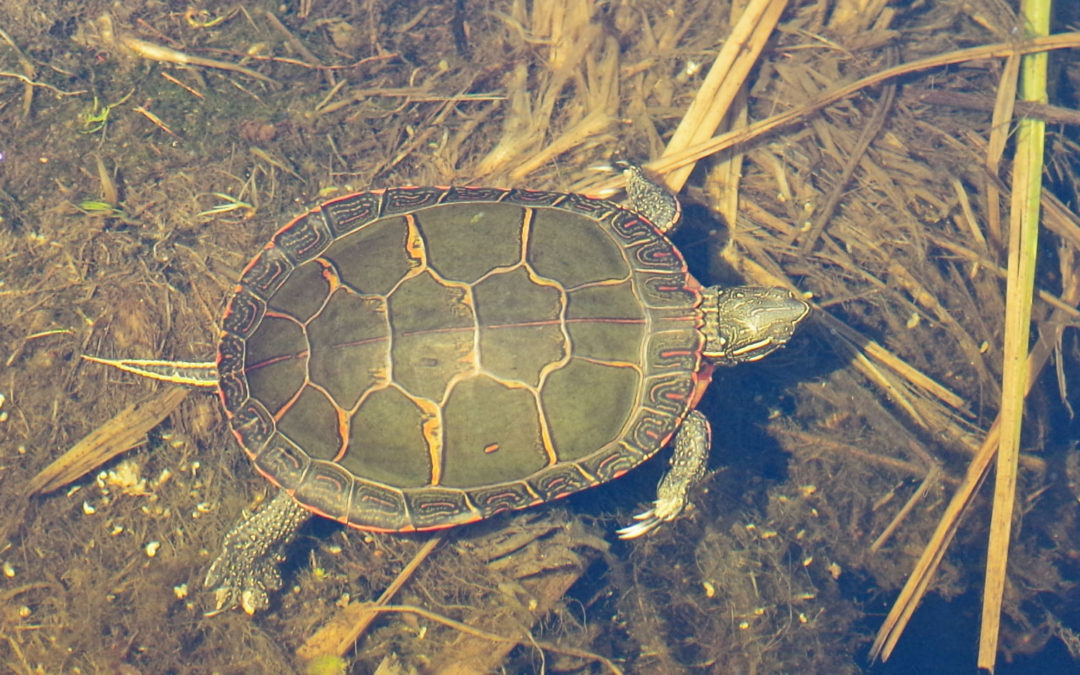 This story was originally printed in the Boghaunter, the newsletter of the Friends of the Cedarburg Bog.

Stories abound about turtles that, found frozen solid in a block of ice in winter, recover when thawed. Turtles can survive freezing only if it’s partial and very brief, but something truly astonishing does happen to aquatic turtles in winter. They essentially hold their breath for months.

Turtles are not dead to the world during winter, but they’re running on empty and using energy stores, with infrequent heart beats, lowered body temperature, a drastically-depressed metabolism, and little-to-no activity.

Unlike frogs, which are covered by soft skin that absorbs oxygen easily from the water around them, turtles’ skin is leathery and tough. They do get oxygen from the water, but they also adapt by requiring much less of it. The blood oxygen level of a painted turtle that has submerged for over three months drops to zero.

When muscle is starved for oxygen, it produces lactic acid, which causes muscle cramps and weakness. Hibernating snappers and painted turtles avoid lactic acid buildup by using calcium and carbonates from their skeletons and shells to buffer the acid.

Even though their systems have all but shut down, turtles can still discern changes in light intensity that may signal the spring ice melt, and with it, the chance to surface and fill their lungs.