From desk work to field work 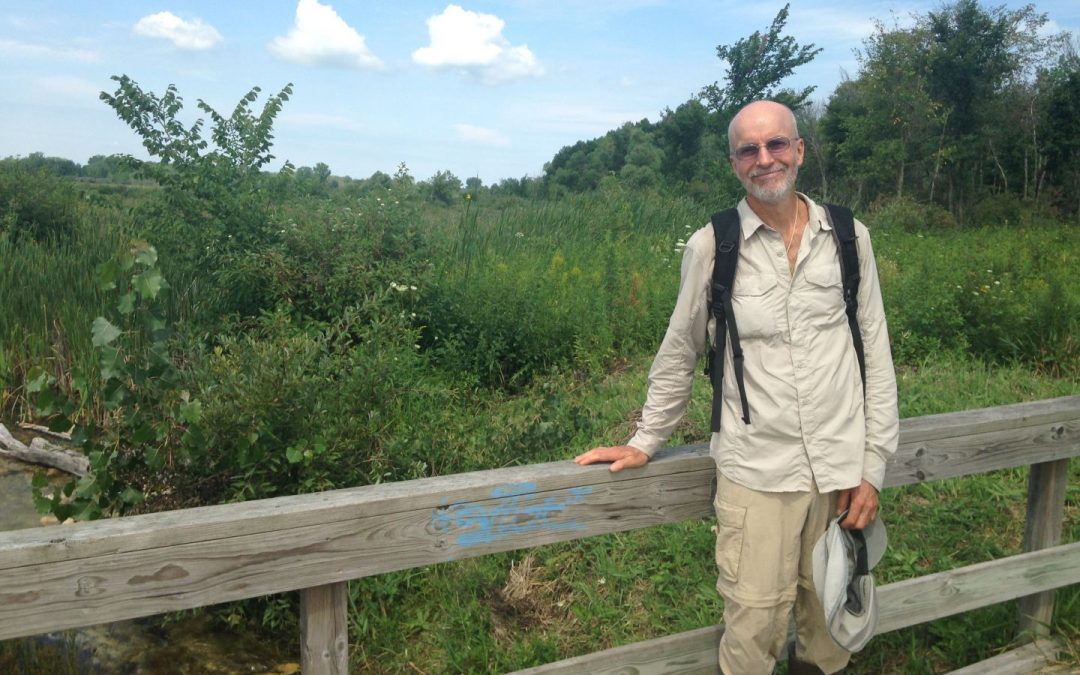 How can you help care for a wetland? Ask volunteer Paul Mozina, and he’ll probably suggest you start by pulling weeds — and then he’ll convince you to help him for the afternoon.

Since 2011, Paul, a retired Milwaukee resident, has been volunteering twice a week to help restore the wetlands of the Scuppernong River Habitat Area, a public property held by the Wisconsin Department of Natural Resources (DNR). For this work, Paul is being honored this year with a statewide Wetlands Award by the Wisconsin Wetlands Association.

From desk work to field work

After retiring, Paul was eager to leave the desk behind and enjoy Wisconsin’s outdoors, something he has loved since childhood.

Paul knew he didn’t want to just enjoy Wisconsin’s land and waters: he also wanted to help care for them. Soon after retirement, he began volunteering with the Ice Age Trail Alliance to remove invasive plant species. Through that work, Paul was introduced to the Scuppernong River Habitat Area. In 2011, he focused his volunteer efforts on that property, including its many wetlands. 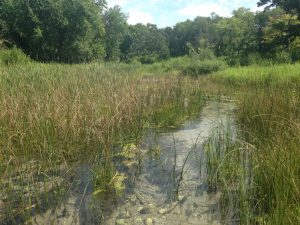 In recognition of its importance to the landscape and watershed, Scuppernong River was one of 100 wetlands named Wetland Gems® by Wisconsin Wetlands Association.

Like many wetlands in Wisconsin, the Scuppernong wetlands had been changed from their natural state by human use and settlement. In the 1800s, settlers in the area used these wetlands as trout, cranberry, and goldfish farms. They also routed water for a cheese factory and built a hotel at the site.

The changes to these wetlands altered the natural water flow, which helped invasive plant species like phragmites and non-native cattails overtake the native wetland plants. This reduced the Scuppernong wetlands’ ability to provide food and shelter for fish and wildlife, and to clean the water that flowed through them.

When Paul started working on restoring the wetlands, his first priority was removing invasive wetland plants and encouraging native ones. 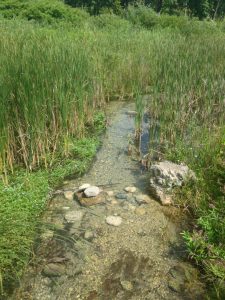 “I’m trying to give the native plants a chance,” Paul said.

Over the years, Paul helped push back invasive plant populations. He has also helped to restore natural water flow in the area, continuing work the DNR started in the 1990s to open up flow between sections of the property.

In addition to his own countless hours of volunteer work, Paul has also helped care for these wetlands by rallying others to the cause and organizing work events.

“Paul’s supernatural energy, commitment and drive for wetlands restoration… draws in many stakeholders,” said Patricia Holman in a letter of support for Paul’s Wetlands Award. “On several occasions, his mentoring and project leadership have spurred volunteers to careers in natural resources.”

Local Trout Unlimited chapters, grad students, and fellow volunteers have all joined Paul in restoration efforts for these wetlands. He also does public outreach through a public blog about the wetlands and the progress, challenges, and joys of the volunteer work.

The work of Paul and other volunteers has helped these wetlands begin to recover.

“Since we’ve been working on getting rid of the weeds, the flora has gotten much more diverse and healthy,” Paul said.

“These wetlands are frog heaven,” Paul said. “In the spring it’s a din of frogs out here.”

Not only has Paul helped make a difference for the Scuppernong wetlands: he’s also formed a deep and rewarding relationship with the area. 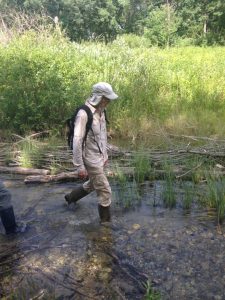 In recognition of his commitment to caring for the Scuppernong wetlands, Paul is being honored with a 2016 Wetlands Awards by Wisconsin Wetlands Association this fall. This annual award is given to individuals and organizations that promote the protection, enjoyment, and care of Wisconsin’s wetlands.

“When I first met Paul, I was struck by how much he cared about these wetlands,” said Tracy Hames, Executive Director of Wisconsin Wetlands Association. “Paul has incredible energy and enthusiasm for the work needed to restore the wetlands, and he has the unique ability to bring other volunteers into the project.”

Feeling inspired and want to care for wetlands or other natural places near you? Paul’s advice:
“Find a place where you can make a difference. Care about it, and put time and attention into it.”

Paul will be presented with his Wetlands Award at Wisconsin Wetlands Association’s 2016 Wetlands Award celebration on November 10 in Madison, WI. The Friends of the La Crosse River Marsh and the Oneida Nation are also being honored at this event.