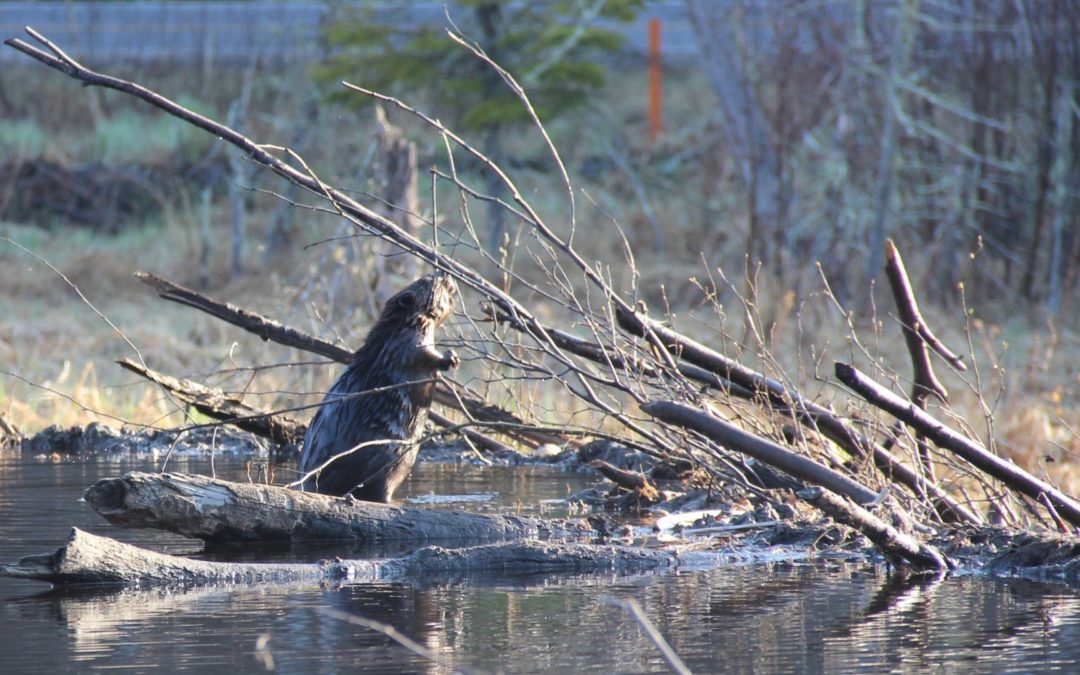 Close your eyes. Picture, if you will, a healthy stream. What comes to mind? Perhaps you’ve conjured a crystalline, fast-moving creek, bounding merrily over rocks, its course narrow and shallow enough that you could leap or wade across the channel. If, like me, you are a fly fisherman, you might add a cheerful, knee-deep angler, casting for trout in a limpid riffle.

Let’s try again. This time, I want you to perform a more difficult imaginative feat. Instead of envisioning a present-day stream, I want you to reach into the past—before the mountain men, before the Pilgrims, before Hudson and Champlain and the other horsemen of the furpocalypse, all the way back to the 1500s. I want you to imagine the streams that existed before global capitalism purged a continent of its dam-building, water-storing, wetland-creating engineers. I want you to imagine a landscape with its full complement of beavers.

What do you see this time? No longer is our stream a pellucid, narrow, racing trickle. Instead it’s a sluggish, murky swamp, backed up several acres by a messy concatenation of woody dams. Gnawed stumps ring the marsh like punji sticks; dead and dying trees stand aslant in the chest-deep pond. When you step into the water, you feel not rocks underfoot but sludge. The musty stink of decomposition wafts into your nostrils. If there’s a fisherman here, he’s thrashing angrily in the willows, his fly caught in a tree.

Although this beavery tableau isn’t going to appear in any Field & Stream spreads, it’s in many cases a more historically accurate picture—and, in crucial ways, a much healthier one. In the intermountain West, wetlands, though they make up just 2 percent of total land area, support 80 percent of biodiversity; you may not hear the tinkle of running water in our swamp, but listen closely for the songs of warblers and flycatchers perched in creek-side willows. Wood frogs croak along the pond’s marshy aprons; otters chase trout through the submerged branches of downed trees, a forest inverted. The deep water and the close vegetation make the fishing tough, sure, but abundant trout shelter in the meandering side channels and cold depths. In A River Runs Through It, Norman Maclean captured the trials and ecstasies of angling in beaver country when he wrote of one character, “So off he went happily to wade in ooze and to get throttled by brush and to fall through loose piles of sticks called beaver dams and to end up with a wreath of seaweed round his neck and a basket full of fish.”

And it’s not just fishermen and wildlife who benefit. The weight of the pond presses water deep into the ground, recharging aquifers for use by downstream farms and ranches. Sediment and pollutants filter out in the slackwaters, cleansing flows. Floods dissipate in the ponds; wildfires hiss out in wet meadows. Wetlands capture and store spring rain and snowmelt, releasing water in delayed pulses that sustain crops through the dry summer. A report released by a consulting firm in 2011 estimated that restoring beavers to a single river basin, Utah’s Escalante, would provide tens of millions of dollars in benefits each year. Although you can argue with the wisdom of slapping a dollar value on nature, there’s no denying that these are some seriously important critters.

However, the disappearance of beavers from centuries of fur trapping and the removal of “nuisance” beavers has dried up wetlands and meadows, hastened erosion, altered the course of countless streams, and imperiled water-loving fish, fowl, and amphibians—an aquatic Dust Bowl. Centuries before the Glen Canyon Dam plugged up the Colorado and the Cuyahoga burst into flame, fur trappers were razing stream ecosystems. “[Beavers’] systematic and widespread removal,” wrote Sharon Brown and Suzanne Fouty in 2011, “represents the first large-scale Euro-American alteration of watersheds.”

If trapping out beavers ranked among humanity’s earliest crimes against nature, bringing them back is a way to pay reparations. Beavers, the animal that doubles as an ecosystem, are ecological and hydrological Swiss Army knives, capable, in the right circumstances, of tackling just about any landscape-scale problem you might confront. Trying to mitigate floods or improve water quality? There’s a beaver for that. Hoping to capture more water for agriculture in the face of climate change? Add a beaver. Concerned about sedimentation, salmon populations, wildfire? Take two families of beaver and check back in a year.

Excerpted from Eager: The Surprising, Secret Life of Beavers and Why They Matter, winner of the 2019 PEN/E.O. Wilson Literary Science Writing Award and named one of the best books of 2018 by the Washington Post.