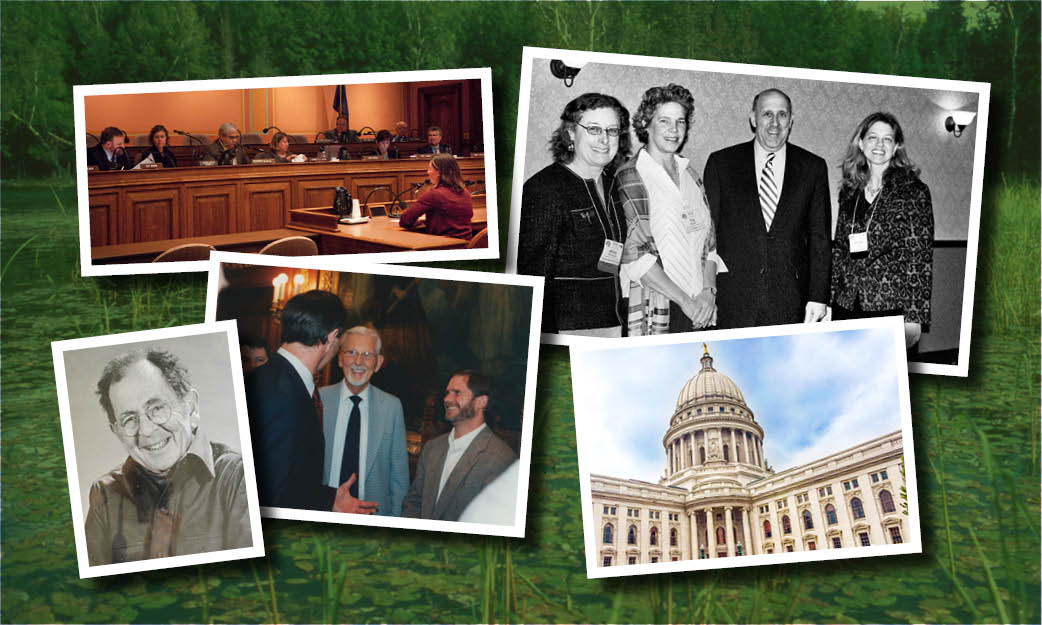 In recognition of Wisconsin Wetland Association’s (WWA) 50th Anniversary, this year we’re taking a look back at how our programmatic work has evolved over 50 years. In this edition, we explore our approach to improving wetland policies.

The Early Decades: Building a Foundation 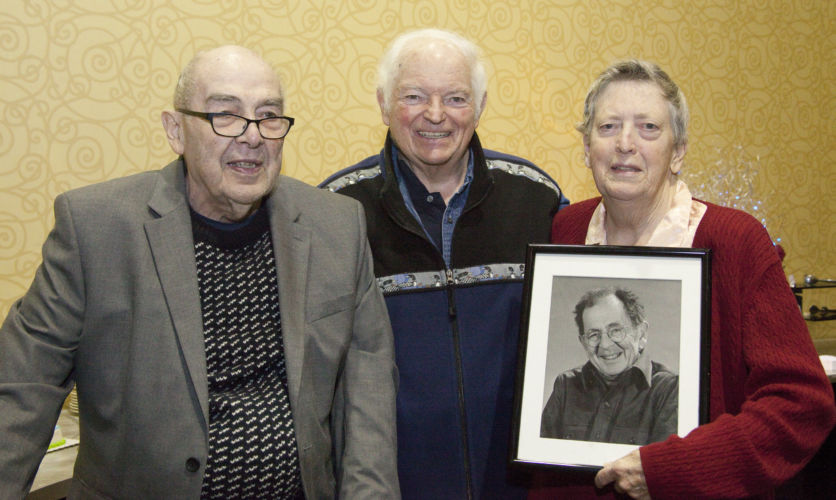 It all started with an intervention. In 1969, a group of concerned citizens who understood the value of wetlands got together in Madison to talk about the proposed south beltline expansion and Dunns Marsh development. They felt strongly that the wetlands threatened by these projects needed a champion.

At the time, no state or federal laws protected wetlands and large-scale wetland development and drainage were still widespread.

Things began to turn around with the passage of the federal Clean Water Act in 1972, which established permit requirements for “the discharge of fill to wetlands” (filling wetlands). WWA leaders responded by activating volunteers across the state to track and respond to wetland development proposals in their communities.

Meanwhile, federal agencies and wetland scientists alike were grappling with both structural and scientific questions about how to implement and enforce the still brand-new federal wetland law. The principles of wetland regulations we know so well today—how to determine wetland boundaries, assess wetland function, administer mitigation programs, and more—were being contemplated and built throughout the 1970s and 1980s.

The Middle Years: An Era of Firsts

By the early 1990s, federal wetland policy had matured, and WWA continued our advocacy work to help enact Water Quality Standards for wetlands in Wisconsin. Following a 6-year WDNR effort, Wisconsin became the first state in the nation to enact such standards (1991).

WWA hired our first paid staff in 1993 and added Charlie Luthin as our first Executive Director in 1998. By then, wetland development had decreased dramatically in Wisconsin at the same time as our recognition of the importance of wetland restoration had increased, prompting Luthin to declare in 2000 that the “Century of Destruction” was over and to call for a “Century of Restoration.” 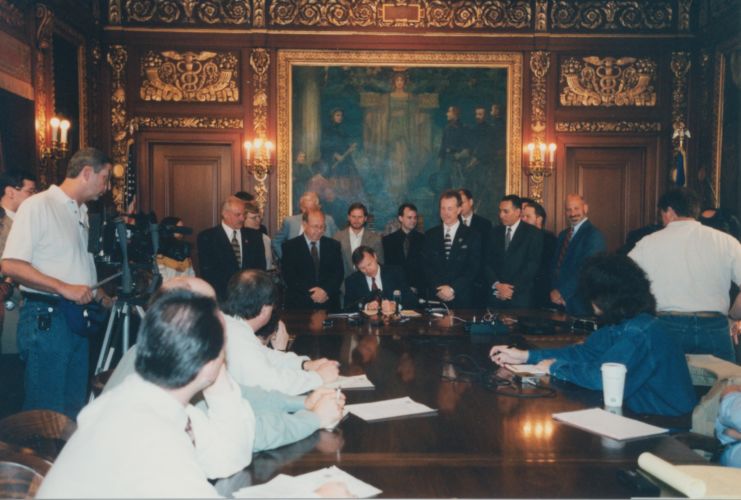 Charlie Luthin (pictured in the brown blazer), joins legislators for signing the 2001 “isolated” wetlands bill into law. Charlie was WWA’s Executive Director during this campaign.

Wetland science was also evolving in ways that made it easier to make the case for wetland protection. More importantly, bi-partisan support for wetland regulation as a critical conservation strategy was very strong.

The crowning achievement of this era came in 2001. Following a devastating U.S. Supreme Court decision that reduced federal protections for more than one million acres of Wisconsin’s isolated wetlands, WWA and a coalition of partners led a successful campaign to convince the Wisconsin legislature to enact state-level protections.

In these years, energy for wetland activism was high. Bolstered by a strong Board of Directors, and a new Executive Director, Becky Abel, WWA’s advocacy work shifted away from cultivating networks of wetland activists towards a more sophisticated organizational approach to regulatory oversight. High profile development controversies tested the boundaries of existing laws, keeping wetlands in the headlines and WWA on the go (2001, 2005, 2008, and 2009).

Though the science on wetland benefits was becoming more definitive, divisive politics and a broader distrust of science and government created a difficult climate for wetland policy development. 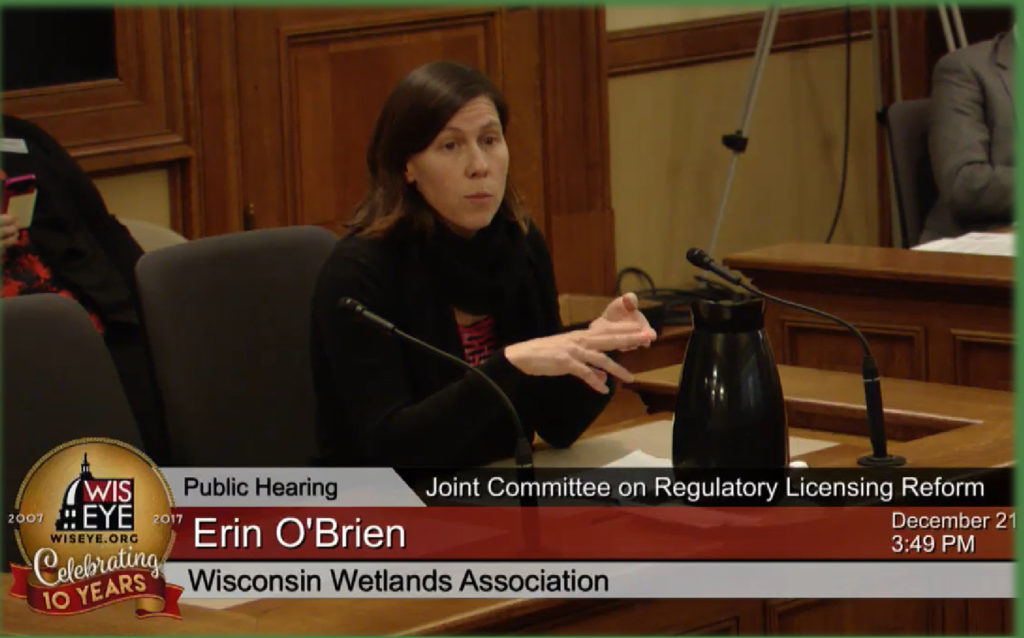 Between 2010 and 2018, WWA responded to ten separate bills that threatened to roll back decades of hard-earned wetland protections. The work was grueling and the outcomes mixed, but by using a non-partisan, solution-oriented approach, WWA and many partners managed to shut down the worst proposals and minimize the toll of the rest.

Advocating for strong and effective wetland protection policies has always been and will remain a foundational part of what WWA does. At the same time, we’ve adapted to the demands of this decade and an evolving organizational vision to explore ways that our policy work can advance the urgent, long-needed task of repairing Wisconsin’s wetland landscape. Holding the line on wetland loss is crucial, but not enough.

That’s why, today, we’re working with members like you—and many partners—to build policies and programs for the next 50 years that promote wetlands as solutions to Wisconsin’s water management problems. 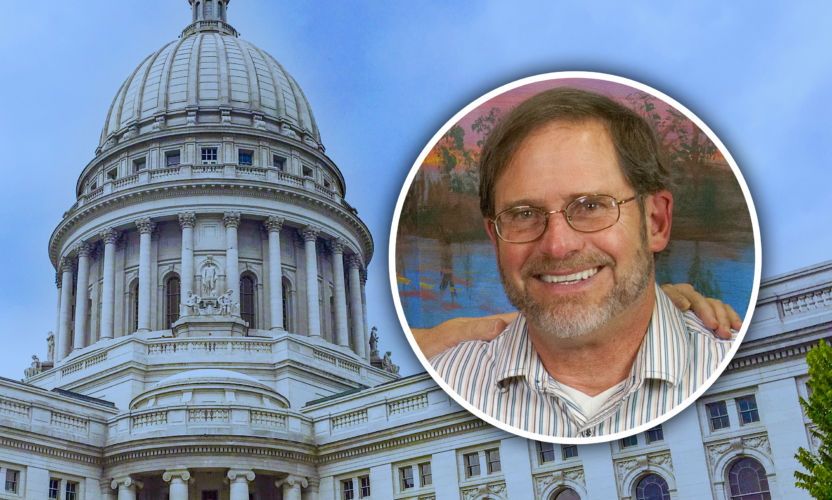