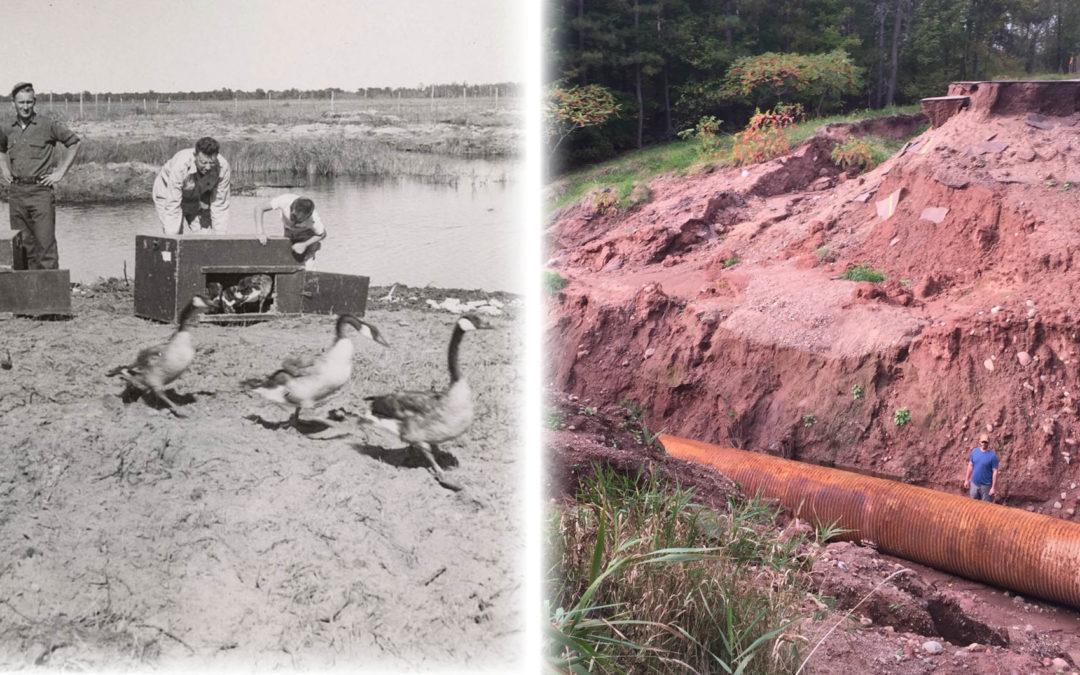 One of the pillars of Wisconsin Wetlands Association (WWA) has always been wetland science. And, since the beginning, WWA’s membership has been at the forefront of advancing wetland science.

Until the late 1960’s, wetland science was pretty much synonymous with waterfowl science. Important advances in our early understanding of the complex interrelationships between hydrology, vegetation, and wildlife were outlined under the umbrella of waterfowl management. Wisconsin publications included Leopold’s Game Management (1933), Hunt’s Duck and Coot Ecology and Management (1964), and Linde’s Techniques for Wetland Management (1969). 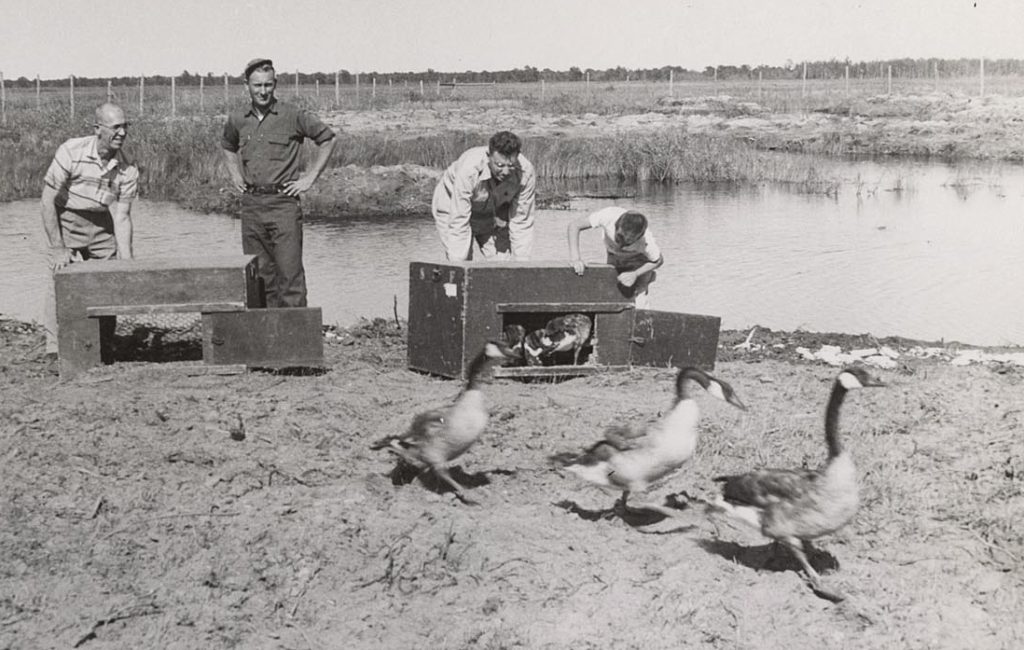 In 1957, Canada Geese are released at Crex Meadows in hopes that future birds will return to nest. Much of wetland science before the 1960s was related to waterfowl management. Photo courtesy WDNR.

In the late 1960’s and early 1970’s, however, wetland science began to expand deliberately beyond waterfowl and game management interests. And WWA was at the forefront of this movement. Early WWA leaders, including Jim and Libby Zimmerman, Cal DeWitt, and many others, began probing into questions involving the incredible biological diversity contained in wetlands and the complex physical and ecological interactions between water, soil, plants, and animals. 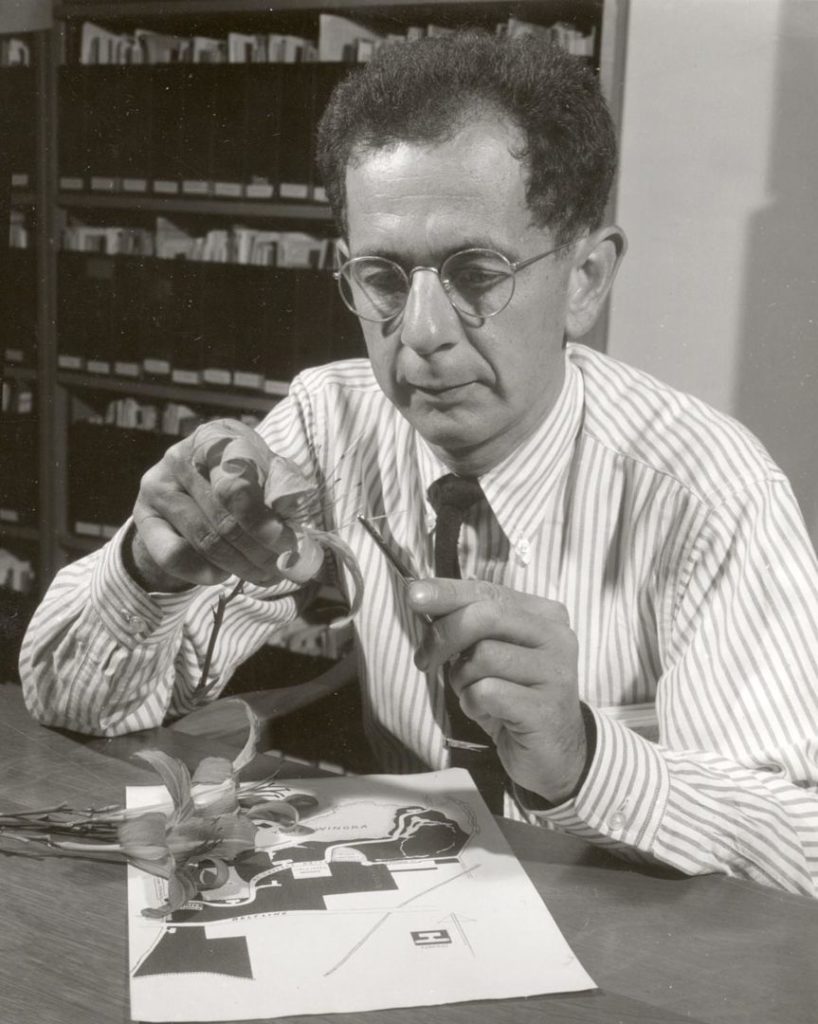 Jim Zimmerman, a co-founder of WWA, developed one of the first courses in wetland ecology at UW-Madison.

Initially, the value of wetlands as wetlands provided the motivation researchers needed to ask new questions. Wetland ecology courses and field-based research at UWMadison, UW-Stevens Point, and beyond, helped raise the understanding of why wetlands are worthy of protection and care. By the late 1970’s, the success of the Waubesa Conference on Wetlands, organized by Cal DeWitt and others, gave evidence that wetland ecological science was here to stay.

As protective policies grew and matured in the 1980’s, a new industry of wetland practitioners arose to help implement these regulatory policies. Science-based techniques were being developed to identify the characteristics and boundaries of wetlands subject to regulation. Also at this time, the policy of wetland mitigation (the act of restoring wetlands to offset permitted wetland fill or damage) prompted much scientific discussion and debate as to whether restoring wetlands to replace filled or damaged wetlands was appropriate or even possible. During these years, WWA and its membership provided the expertise needed to explore these emerging issues, about which questions remain today. 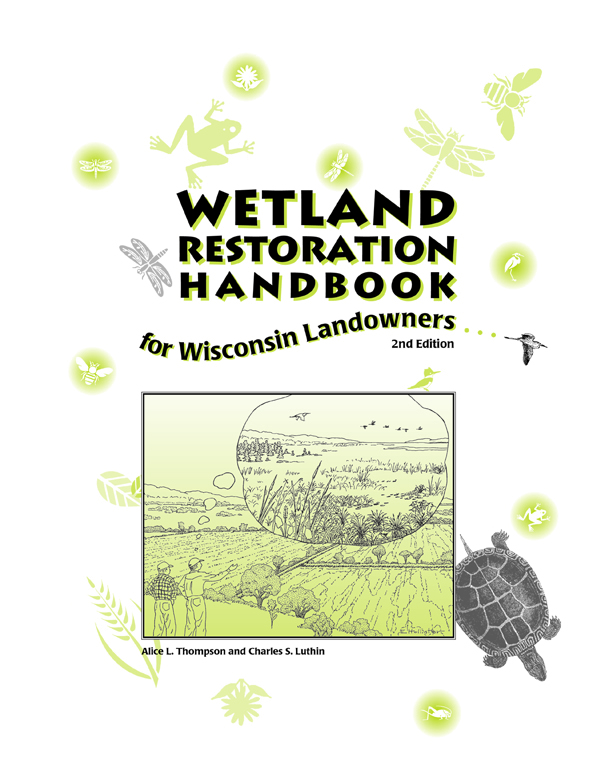 The “Wetland Restoration Handbook for Wisconsin Landowners,” developed by WWA in partnership with others in 2000, guides landowners through the process of wetland restoration.

By the time the 1980’s became the 1990’s, wetland science had successfully demonstrated the importance of protecting existing wetlands, and the demand for wetland restoration was in full swing. New federal and state programs arose to put wetland acreage back on the landscape. It became evident that new ways of bringing wetland professionals and researchers together was sorely needed to address the increasing complexities of wetland science and practice. So, in 1993, Cal Dewitt and others organized the first Wetland Science Forum. WWA soon took on organizing this event, now an annual two-day regional conference.

The increasing complexity of wetland science in the 1990’s and 2000’s was moving beyond merely looking at wetlands as habitat. Interest grew in exploring wetland ecological functions and services with an emphasis on how wetlands help provide flood control, water quality improvement, groundwater protection, and a whole host of other benefits. Wetland science had matured greatly over the span of less than 40 years. 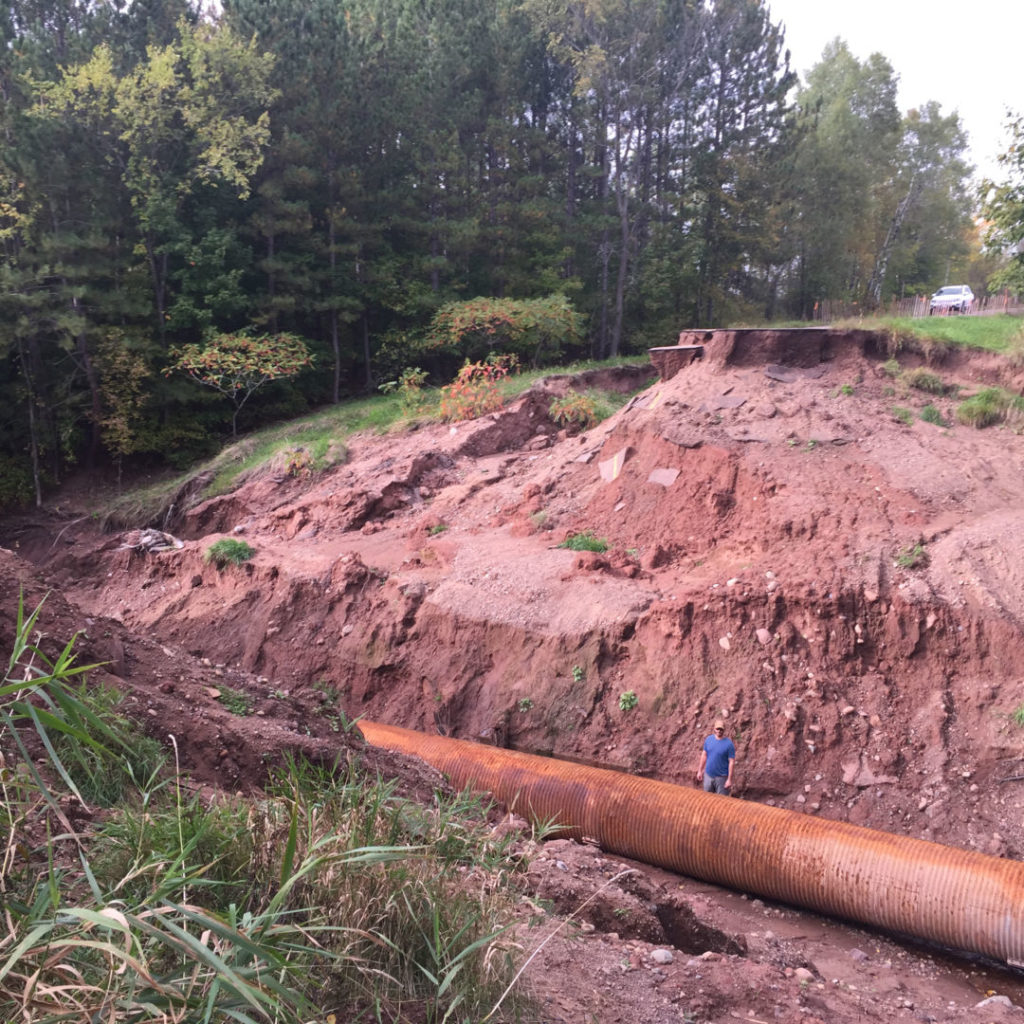 WWA’s work today in the Lake Superior Basin builds our understanding of how viewing wetlands at a watershed scale can help provide solutions to flooding issues, like the blown out culvert pictured here.

Today, we seek to understand how wetland protection and restoration can be applied at watershed and landscape scales to meaningfully address water, soil, infrastructure, and habitat needs in a highly altered Wisconsin landscape. WWA and its many partners are working to develop the tools and science necessary to efficiently apply the right amount of wetland restoration in the right locations to meet the ever-expanding challenges of Wisconsin’s communities in an ever-changing environment. We’ve come a long way from dismissing wetlands as wasteland or, at best, waterfowl habitat, to looking at wetlands as essential components on the landscape, protecting our land, our waters, and our communities.

In recognition of Wisconsin Wetland Association’s (WWA) 50th Anniversary, this year we’re taking a look back at how our programmatic work has evolved over 50 years. In this edition, we explore our approach to improving wetland policies. 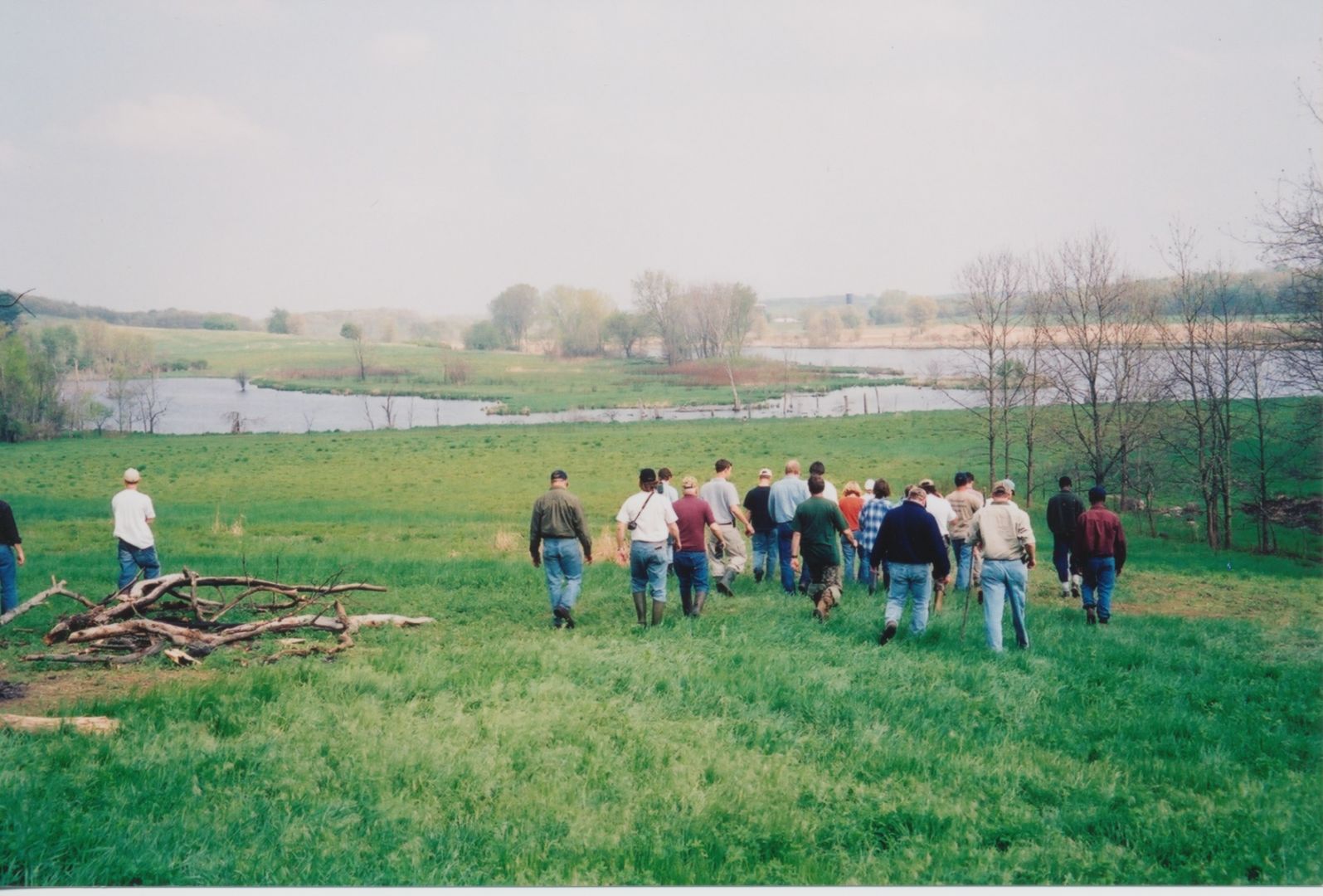 In recognition of Wisconsin Wetlands Association’s 50th Anniversary, we are looking back at how our programmatic work has evolved over 50 years. In this installment, we explore our wetland education and outreach efforts.