by Wisconsin Wetlands Association | May 23, 2016 | For landowners 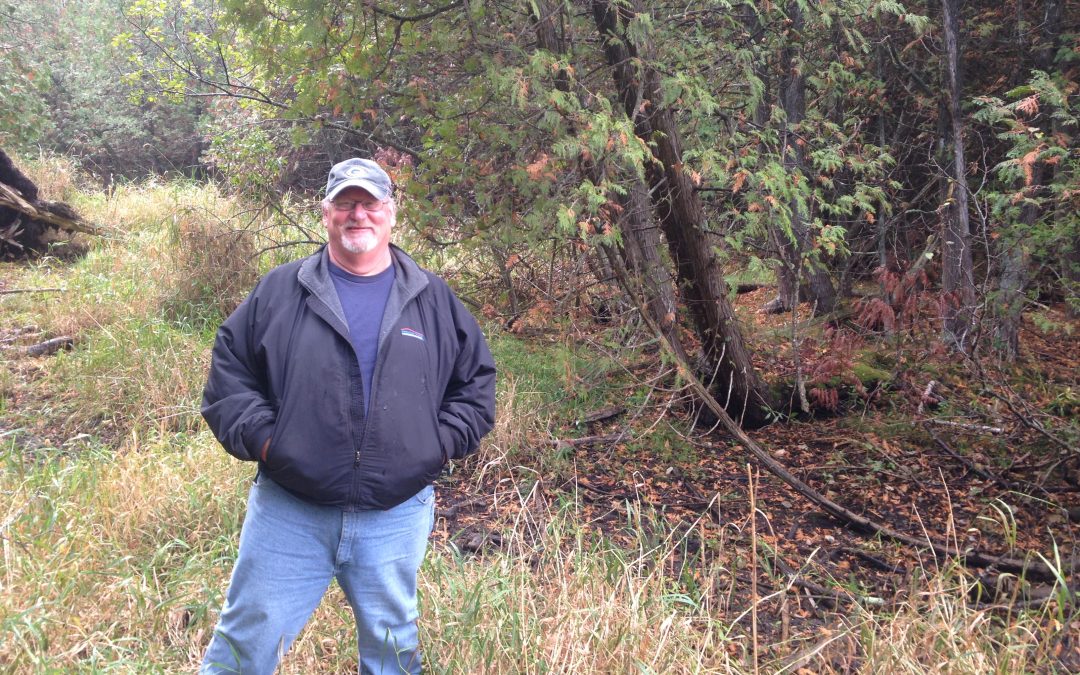 Caring for their wetlands: The Story of the Koepsels 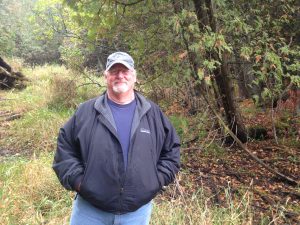 To say the Koepsels are from Door County is an understatement. Don and Donna Koepsel, landowners in Liberty Grove township on the Door County peninsula, were born and raised here and have called Door County their home their entire life. The same is true of the three generations of Koepsels that came before them. Don’s great, great, great grandfather on his mother’s side, Increase Claflin, was the first white settler in Door County. He homesteaded in what is now Peninsula State Park.

The Koepsel’s property, located in an area of Door County called the German Settlement, has supported the family throughout the generations. The family originally milked registered brown swiss cows, then registered Holstein cattle. For 25 years Don’s parents raised mink, but when the foreign market became a big player in the fur market and it was no longer profitable, they discontinued the mink ranch. In the 1950s, the family started Koepsel’s Farm Market, which is still in operation today, owned by Don’s youngest sister. 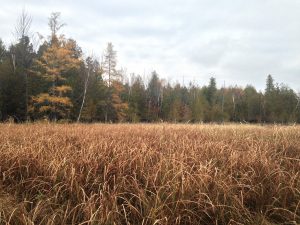 “This land will be passed on to my kids and their kids.”

After serving in the Vietnam War, Don returned home, taking a job as an insurance agent with American Family Insurance, which he held just shy of 40 years, retiring in 2012. And for years, the Koepsels have enjoyed and cared for a special part of their property: their wetlands.

Don and Donna now own 150 acres of the original Koepsel family farm, which consists of farmland, hardwoods, pine plantation and wetlands. Growing up on a farm, there was always a lot of chores before and after school, but Don and his sisters and brother always found time to explore the hardwoods and wetlands, something Don and Donna’s children and grandchildren enjoy doing today. Don’s grandsons especially like to see the suckers in the creek in the spring of the year, something Don had done with his grandfather and father when he was young.

The Koepsels also enjoy their woods and wetlands through hunting. “A big part of owning my land is for hunting,” Don said. Hunting is a family affair: son-in laws hunt deer and turkey, and Don has begun to teach his 12 year old grandson Aiden the tricks of hunting turkeys.

The Koepsels have also been teaching Aiden about wetlands. Don and Donna brought Aiden to a recent workshop for wetland landowners, where they all learned more about wetlands and how to care for them.

“We were interested in seeing what other landowners were doing,” Don said. “My grandson’s parents work on the weekends so we have him with us on Saturdays, and thought this would be an interesting outing to bring him to. It was a chance for all of us to learn more about wetlands.” 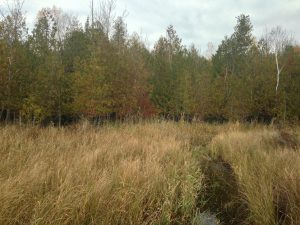 Wetland landowners care for their wetlands for a variety of reasons.

By caring for the land around the wetlands and by protecting the health of the wetlands with good management, Don and Donna have ensured their wetlands are good habitat for wildlife. “Seeing ducks and listening to geese at daybreak is an awesome part of owning wetlands,” Don said.

The Koepsels’ healthy wetlands are home to otter, muskrat, deer, turkeys, coyotes, fox, and more. Their property is also home to the endangered Hines Emerald Dragonfly. With 75% of Wisconsin’s wildlife depending on the wetlands at some point in their life cycle, it’s no surprise that their wetlands have drawn so many animal visitors.

Wetland landowners care for their wetlands for a variety of reasons. For Don, knowing he is part of a tradition bigger than himself, a tradition that will continue beyond him, is a big part of it. “I do as much as I can,” Don said. “This land will be passed on to my kids and their kids. We’re only here for a short time. We’re only caretakers of this land for a little while.”