Why I love leeches 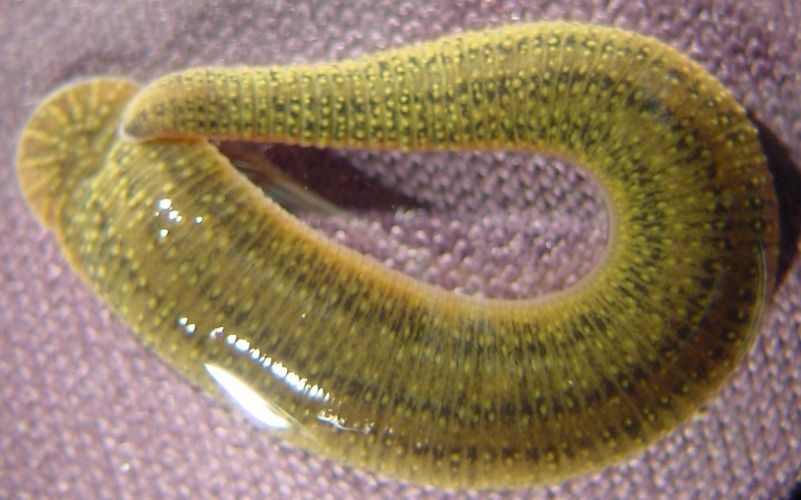 Leeches don’t usually win the hearts of wetland explorers, but these misunderstood creatures contribute more than you may suspect to the health of Wisconsin’s wetlands. Contributor Mary Linton shares why these creatures are worth your respect: 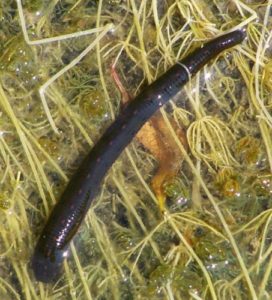 Leeches are segmented worms, meaning they are assembled like a Lego organism – a series of compartments (segments) that are similar and stuck together in a line.

When I told friends I wanted to write about leeches, I got the “Leeches! Oooo ick.” response from most. Then the underappreciated leech became my topic for certain. When you have a love, you know that everyone else should love them, too.

Almost all leeches live in fresh water and are found in wetlands. Leeches are segmented worms, meaning they are assembled like a Lego organism – a series of compartments (segments) that are similar and stuck together in a line. It’s an efficient construction method. We can see it in our own vertebrae. Leeches have two suckers – a front one that surrounds the mouth and a hind one used when moving or attaching. Although some leeches can swim in a beautiful undulating fashion, most leeches use their suckers to move in a loopy walk similar to that of the inchworm.

Sexually, leeches are hermaphrodites and possess functional egg- and sperm-producing organs. Mating leeches gently twine around each other so that you can hardly tell where one starts and the other ends. Then they exchange sperm. Fertilized eggs are buried in the sediments until they hatch into juvenile leeches that need 3-5 meals before they become adults and start the whole process over.

All leeches are fluid feeders, but not all are bloodsuckers (sanguivores). Many leeches are small predators that live in the sediments and feed on whole critters that are even smaller. The prey of these leeches might be small fly larvae like no-see-ums and gnats, tiny crustaceans, and filter feeders that look like wee clams. Even though small predaceous leeches eat whole organisms, they still qualify as fluid feeders because they quickly suck out the juice and upchuck or defecate the crunchy bits. 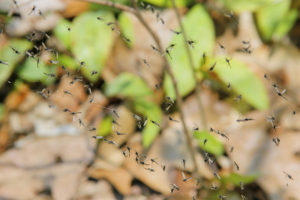 Not all leeches drink blood. Many eat aquatic larvae of gnats and other small insects.

Other larger predaceous leeches have tubular mouthparts that they use to pierce larger prey (insect larvae, aquatic earthworms, other leeches, snails) and suck out the fluids. In fact, leeches are probably the most numerous predators in wetlands and are commonly scooped up in dip nets. Otherwise, humans hardly notice hard-working leech predators.

Much human notice is given to leeches that consume blood, however. I have noticed them myself when they attached to my shins. Some blood-sucking leeches find places where their prey’s skin is already broken for easy feeding. Others use special teeth or enzymes to break the skin. Blood-sucking leeches produce an anticoagulant, often hirudin, that keeps the blood flowing. Humans use hirudin medicinally as a blood thinner.

The most common bloodsucker in America will suck only a fraction of an ounce of blood in a feeding. Leech sanguivores feed on fish, amphibians, turtles, waterfowl, aquatic mammals and the occasional water-loving humans. When I am out in a wetland, I avoid becoming leech prey by wearing boots.

Better than a mosquito bite

Unlike mosquitoes, blood-sucking leeches are not known to spread human disease. To digest blood, a leech needs symbiotic gut bacteria. Their gut bacterial colony can take more than a year to digest a blood meal and keeps its food fresh by vigorously defending it from all other microbes, thus rendering the leech’s gut and feeding apparatus pretty sterile. The leech bite might still itch due to a reaction to their anticoagulant. And the bite might get infected from some microbe in the environment – the water, beach, or bait box. 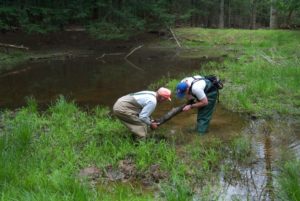 Scientists looking for leeches during a wetland survey.

Lots of organisms love to feed on leeches – walleye and salmon among them. Salamanders, snakes, birds, dragonfly and dobsonfly larvae, predaceous diving beetles and giant water bugs all enjoy a leech dinner.

OK, I admit I have not mentioned some of the leech’s sketchier behaviors. It can make a pig of itself in fish hatcheries and gangs of leeches might attack and kill an amphibian or young turtle. But even cute cross-eyed planaria have been known to beat up on amphibian larvae.

I praise the leech for its work as a predator, its often beautiful coloring, its place as prey for many critters I also love. I even praise its interesting clean bite. I praise its willingness to safely hang down from my calloused palm, then fold and unfold like a yo-yo. Can leeches get a little respect here?

This piece was written by Mary Linton, and was originally published in 2010 in our print newsletter. Mary is a scientist, author, and former Chair of Wisconsin Wetlands Association’s Board of Directors. 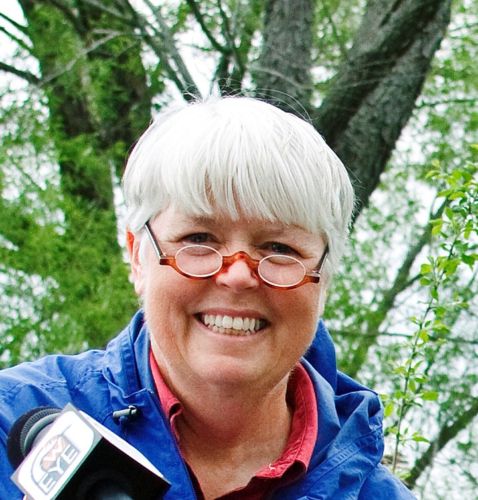