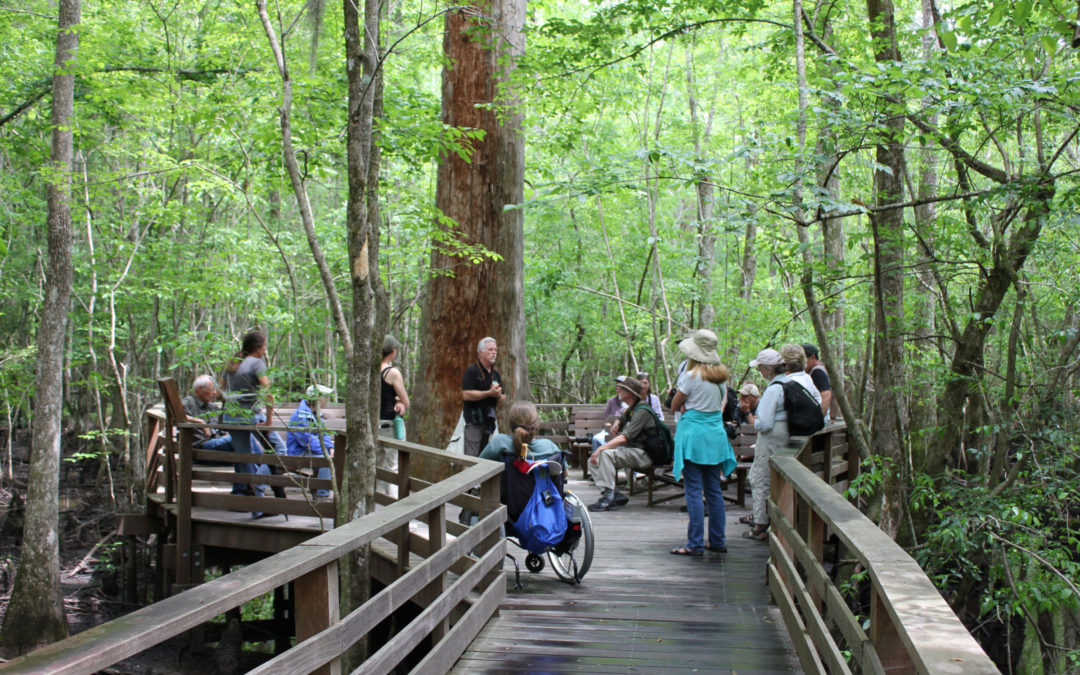 While we work for the wetlands of Wisconsin, wetlands all across the country need protection and care. That’s why we love supporting people who are starting wetland protection organizations in their states. We’re celebrating their hard work and successes by sharing their stories, including the story of the Carolina Wetlands Association.

In 2014, the North Carolina state legislature cut support for their wetland monitoring programs. Rick Savage, who had spent years monitoring wetlands for the state, knew he had to step up to make sure someone was still watching out for wetlands. Savage was looking for wetland organizations he could learn from when he came across Wisconsin Wetlands Association.

“In March of 2015, I got an email from a close friend with a link to WWA’s website,” Savage said. “I spent about two minutes looking at your website and I said ‘I have got to do this for the Carolinas.’ There was no doubt about it in my mind.”

“Erin suggested we take whatever inspiration and ideas we needed from WWA and turn it into our own to get a jump start,” Savage said. “And that was exactly what we did. WWA’s mission statement and principles helped us organize our thinking.”

By June of 2015, Savage and a group of fellow committed wetland supporters had registered the Carolina Wetlands Association as an official nonprofit.

One of the founding volunteer board members is Laura England, who was Outreach Programs Director with WWA from 2004-2008. England’s work for the Carolina Wetlands Association includes coordinating a Wetland Treasures program modeled after WWA’s Wetland Gems® program, which she was instrumental in developing when she worked for WWA.

“We have a lot of work to do in terms of convincing decision makers that wetland protection and restoration should be made a priority,” England said.

You can learn more about the Carolina Wetlands Association on their website.