Is a wetland drawdown good for wildlife? 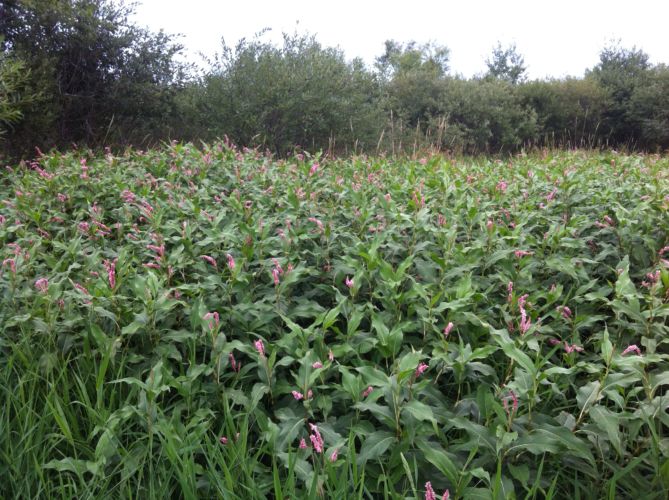 Recently one of our supporters asked us if a wetland drawdown is good or bad for wildlife. It’s a great question. Many kinds of wetlands are adapted to fluctuating water levels. Usually this fluctuation is seasonal (higher levels in the spring following snowmelt and spring rains, lower levels later in the year as things dry up and the water flows downstream, infiltrates into the ground, or evaporates). But fluctuating water levels can also occur over a multi-year cycle—some years are wetter, and some years are drier.

Water levels in wetlands: variable from year to year and season to season. 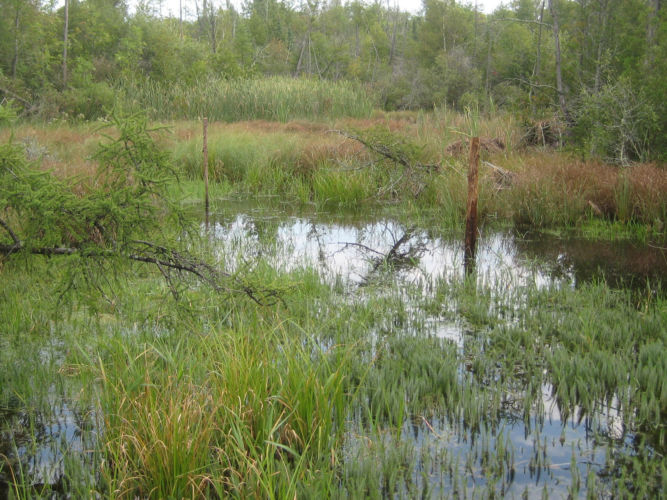 September 2010 in a Door County wetland. Note the two upright wooden posts in the middle of the wetland. You can see standing open water amidst the vegetation. 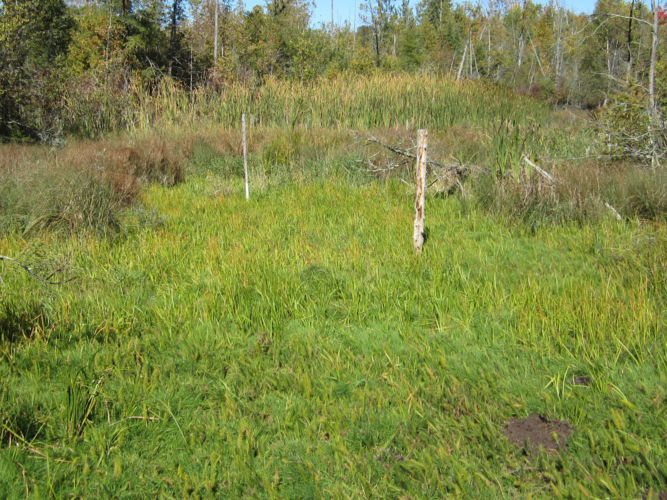 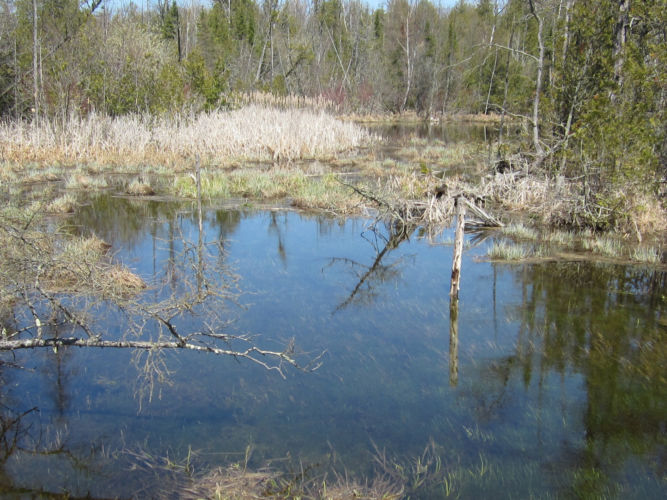 Fluctuating water levels are important to creating and maintaining habitat for different plants to grow. Some annual wetland plants (plants that grow from seed every year) need bare soil or mud flats in order to germinate. The seeds of some of these annual wetland plants (like smartweeds, pictured in the photo at the top of this post) provide among the most important food sources for migrating waterfowl in the fall. So if bare soils or mud flats aren’t there (when water levels are high), these plants can’t grow, and that food isn’t available to migrating waterfowl.

Wetland managers also might do a drawdown in order to be able to accomplish invasive species control. For example, cattail (invasive and hybrid cattail, which unfortunately comprises a majority of what we see in the state now) can overtake a marsh, crowding out other important vegetation. Cattail is very difficult to control in high water situations. It can be pretty easy to manage if water levels can be dropped: a manager can get into the wetland when it is dry to cut the cattail low down and then re-flood the wetland to “drown out” the cut stalks. Ideally, the manager would also burn off the cut vegetation to get rid of that “duff” layer before re-flooding. This technique is very successful at setting back cattail, allowing other vegetation to have a chance. Again, maintaining plant diversity in a wetland makes for better habitat for wildlife.

The timing of a drawdown is also important. It usually occurs in the late summer (as that’s when “normal” low water levels typically occur), but managers may do them at other times of the year depending on their objectives for the drawdown. Doing the drawdown too late in the fall can be problematic for some amphibians who burrow down into mud for the winter. A drawdown can leave these animals “high and dry” (and cold!) during the winter.

Healthy wetlands provide good habitat for wildlife. So whenever we want to know if a particular action (like a drawdown) is good or bad for wildlife, we need to think about if that action will help create or maintain healthier wetlands. Sometimes an action might have a negative impact on wildlife—on individual critters or on a particular species (disturbing a nest, for example), but in the long run, that action might result in better habitat for many species. It’s important to keep that big picture view.

Learn more about caring for your wetland 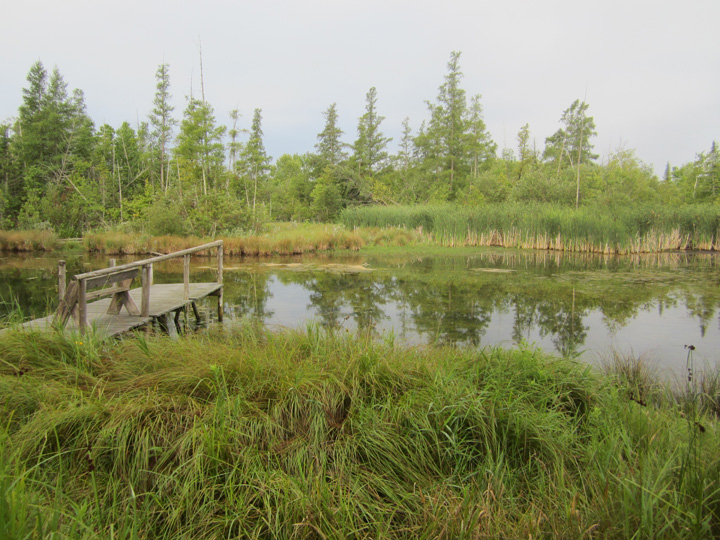 Photo points: A great tool for learning about your wetland

Photo points are a great way to visualize the changes and fluctuations in your wetland over the years.